We’ve over 20 years experience working with some of the world’s largest multi-nationals, most important groups, family offices and individuals.

Our proven global network of experienced security advisors and operatives guarantees the best service to protect your personal interests; across cultures and time zones.

With more than 200 security experts on 5 continents, we are strategically excellently positioned to optimally serve all customer needs.

We rely on strategic, interdisciplinary cooperation in a global network of experts and on the integration and support of security experts and specialists from a wide range of specialist areas.

In this way, we guarantee maximum security at the highest level; worldwide and 24/7.

Based in Germany. At home in the world. 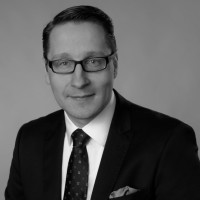 Sven Leidel is a former banker, studied Industrial Management in Hamburg, was in the military police and is now active in various national and international security organizations and associations, in an advisory or executive function. He is a specialist lecturer on Travel Security Management, as well as the special topic “Protection of Exposed Individuals.” Sven Leidel has extensive expertise from over 20 years of security industry and professional experience. His past operational area does cover all of Europe, North and Latin America, and most parts of Asia. At Privatimus GmbH, he is responsible for the entire DACH+ region (Germany, Austria, Switzerland and Luxembourg), as well as the Anglo-American region. 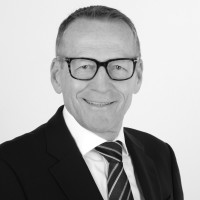 Since 2020, Mr. Tidiks had completely redesigned, built and led the global corporate security function and crisis management for the still new DAX company Siemens Healthineers AG. The Corona crisis immediately required the activation of the global crisis team as well as the creation of completely new functional structures with global virtually operating teams and over 90% “work from home”. This two-year project was successfully completed at the end of 2021.

Prior to this, Mr. Tidiks was responsible for global Group Security with five global regions for the Zurich Insurance Group. Until 2008, he was the first CSO of Henkel KGaA and introduced global crisis management for the Group, among other things. In the U.S., Mr. Tidiks led the personal security function at Capital One Financial, among others, and for Dow Chemical he was responsible for the global Secure Assets Work Process and travel security at their corporate headquarters. Prior to his involvement in the U.S., he was the European Security Coordinator for Dow Chemical.

Mr. Tidiks holds a degree in administration (FH) and is a retired police commissioner. He is certified as a Protection Professional (CPP), EHS Systems Auditor, Six Sigma Black Belt and has completed Security Executive training at the Wharton School in Pennsylvania. 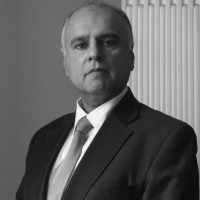 Dr. Afzal Ashraf (QCVS, BSc, MA, PhD, CEng, FCMI) is a former British Royal Air Force Group Captain. He has comprehensive operational experience from several foreign assignments including Afghanistan and Iraq. His diverse career included positions in the British Foreign and Commonwealth Office, the Centre for the Study of Terrorism and Political Violence (CSTPV) and the UK Government Counter Terrorism Centre. His current main focus is the security and risk consulting (including cyber threats), as well as acting as a Consultant Fellow for the Royal United Services Institute (RUSI) in London. At RUSI he is responsible for advising governments on international diplomacy and capacity building in this area. He is Director of Privatimus UK Ltd, based in London.

B. M. is a Certified Security Specialist (ESI, USA) and Certified Open Source Intelligence Master RCP (Reuser Information Services, UK). He is a former member of the Belgian Gendarmerie in Antwerp (Belgium), where his duties included counter-terrorism and intelligence. B. M. is a security expert with more than 30 years of professional experience; specialising in Open Source Risk Intelligence, fraud investigations and data collection. In addition he has a comprehensive expertise in the areas of executive protection, logistic security, counter-intelligence and operational security concepts and strategies. His area of operations to date includes the DACH+ Region, Benelux and North America. At Privatimus GmbH he is responsible for OSRINT®.

As a security consultant, Oliver Whisonant has been active for companies and high net worth private clients across the United States and Central America for more than 12 years. His expertise is providing information security, employee background checks, business- and estate security, planning and conducting low profile protective operations, and managing international and domestic travel for the clients and their families. He is a graduate of the renowned Executive Security Training by ESI in Colorado, which he completed with honors as a Certified Protection Specialist (C.P.S.) in 2005. Over the past years, he has become increasingly involved in open source intelligence gathering and its related disciplines and techniques. He is a US and German citizen and at Privatimus GmbH he is responsible for OSRINT®.

Andreas Kiefer is a former member of the German Armed Forces, with 15+ years security experience. As a former Security Officer for a large Canadian Corporation, he was responsible for Executive Protection, as well as all security aspects for the board of directors; including securing private homes and vacation residences. His professional expertise includes alarm- and surveillance systems, access control, tracking and GPS / satellite localisation technology, as well as electronic counter measures. At Privatimus GmbH he is responsible for the technical division.

Since 1981, Karl-Heinz Hollung has been in the security industry, holding several management functions in multinational corporations, as well as in small & midsize enterprises. His main responsibility was the management of strategically and operational projects with the main focus on security systems & technology. He is a well-known and respected member of several national and international associations, such as VfS, ZVEI, CoESS and ASIS International. At Privatimus GmbH he supports, as an external partner, with his comprehensive know-how and experience the technical division; including alarm systems and intruder protection, access control and surveillance technology.

We are a company of high integrity, scale and reach. Since 1993, our experts have been providing security advice to individuals, groups, corporate clients and family offices around the world.

Everything we do in identifying risks, protection strategies, operational security or background checks has to be perfect. This is what we stake our reputation on, because Life Demands Perfection.

Find out more or adjust your settings.

This website uses cookies so that we can provide you with the best user experience possible. Cookie information is stored in your browser and performs functions such as recognising you when you return to our website and helping our team to understand which sections of the website you find most interesting and useful.

Strictly Necessary Cookie should be enabled at all times so that we can save your preferences for cookie settings.

If you disable this cookie, we will not be able to save your preferences. This means that every time you visit this website you will need to enable or disable cookies again.